Securing the US Capitol 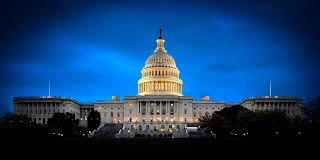 After the attack on the Capitol, efforts are underway to secure it for congress and for the Inauguration of Joe Biden. 1000s of Nation Guard members along with The Capitol and DC police have been called to provide security.  Fencing have be put up around the Capitol and the national Mall.  The National Mall wall will be closed so no one will be allowed there for the inauguration.

The FBI is reviewing video, photos, and social media to track down people that participated at the insurrection at the Capitol on Jan 6, 2021.  They claim to have received lots of tips that will help them find the perpetrators.  Alerts have gone out to secure all 50 state capitols because of alleged planned attacks on them.

Trump recently gave a speech saying that people that do violence and vandalism are not his followers.  He basically called for calm during the speech.  He did not apologize for the remarks he made at the January 6th rally which incited the insurrection.