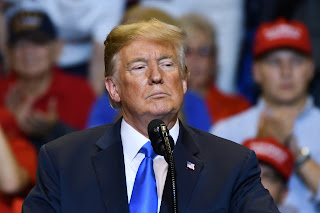 Who is responsible for the insurrection at the US Capitol?  Many blame Trump who spoke at a rally on January 6th.  There was a "call" for people to come from all over the country.  At the rally Trump again and again told his followers to fight and to march down to the Capitol and seek justice for the election that was "being stolen" from him.
People are responsible for their own actions but did Trump incite a riot?  Yes he did.  He has been spewing false claims since the November Election in which Biden won.  Trump has stated that the election has been stolen and their was widespread fraud.  He said the only way he would lose is if the election was stolen.
CNN has shown the footage again and again that Rudy Giuliani said there has to be "Trial by Combat".  There was a senator who I can't remeber his name said at the rally, "It's time to start taking names and kicking ass."
There were congressmen and women that objected to ratifying the vote for Joe Biden (The electoral college).  They too are responsible.  Names that stick out are Ted Cruz of Texas.