The Nation moves on after Trump Insurrection 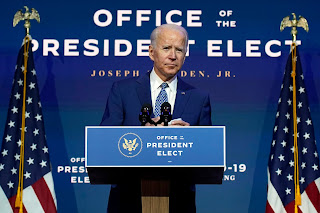 It has been 2 days since the Trump Insurrection where Trump demonstrators overran US Capitol Police and got into the US Capitol.  Nancy Pelosi wanted Pence to invoke the 25th Amendment but that's not likely.  The House has drafted Articles of Impeachment charging Trump with Inciting a Riot.  Votes as early as next Monday may happen.

Trump divided this nation.  Will Biden Unify it?  Trump supporters have been brainwashed into believing that the election was rigged and stolen from Trump.  I don't see them easily supporting Biden and his goals for the country.

We can't let go of what Trump and his minions in the Senate and House did.  Their actions led to this riot.  Time for Trump to bow out.  He needs to lay low until his time runs out.  It's good that this happened now as opposed to months ago.  Trump only has 12 more days as President.  Good riddance when he leaves!!